On March 20-21, 2016, ChancEd partner BKPA in Palapag, Northern Samar headed by Mrs. Bella Marquez organized a mini-summer camp for the scholars.  Ms. Florie Ladrero (Chairman) and Mrs. Leoneda Rosellas (Program Coordinator) were invited to join the scholars during the 2 days mini-summer camp. Palapag chapter started in 2014 with 5 children and has increased to 15 the next year. The scholars are coming from different schools and they haven’t known each other due to distance. Such organized activity enabled them to get acquainted with each other for the first time. For these children, haven’t been too far away from their villages and families. The idea that the children will be out somewhere for days scares the parents. However, they could see the advantages of letting their children explore other activities outside the school. Mrs. Marquez has lined up some activities that kept them active for 2 days. There was an exploration of their personal creativity skills, future aspiration, group work and presentations, games and, of course, there was time also for bonding the family.  They learn how to take responsibilities, work in groups, respect each other opinions and skills such as how to do a presentation. 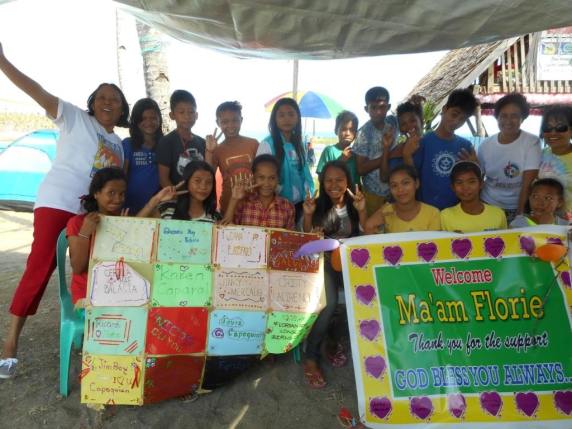 The venue was on the beach of Barangay (village) Talolora which was offered by the Barangay Captain. They also provided the foods and safety of the children. For the accommodation, all of them slept in tents which a great adventure and pleasure for these children. At the end of the sessions, the group evaluated the activities and provided some points of improvements for both the children and the organizers. They went back home with happy faces, having gained new friends and learned many skills in such a short time. Of course, saying goodbye to their new found friends was an emotional moment. 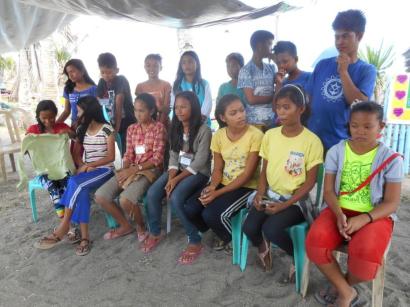 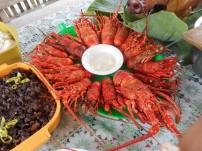 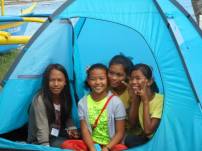 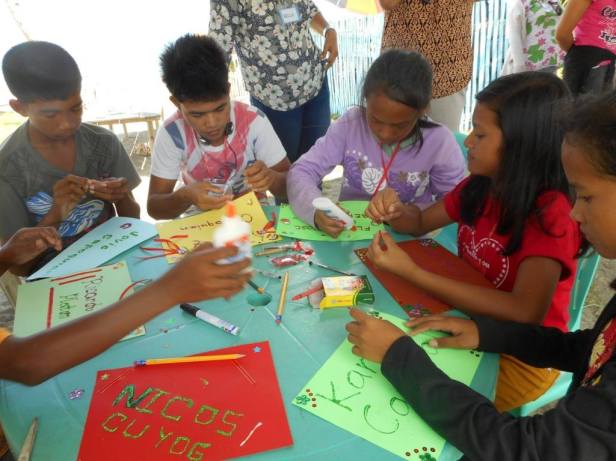